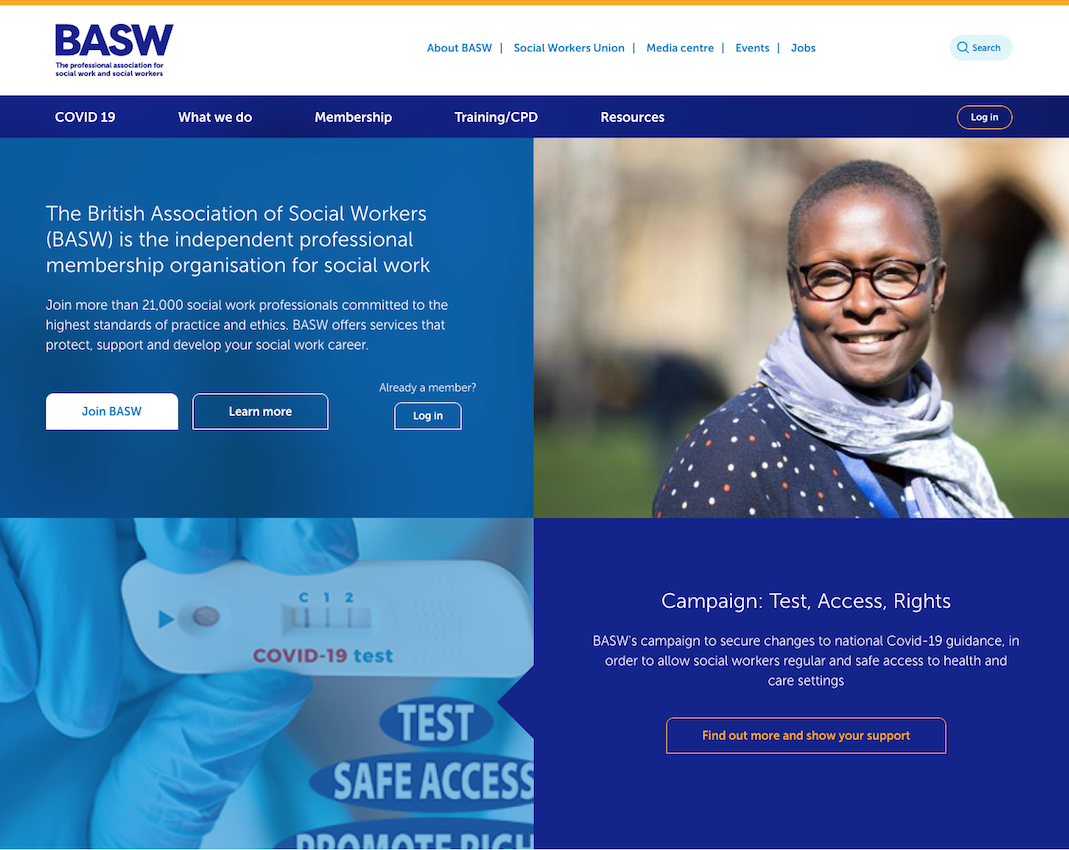 The British Association of Social Work (BASW) England, the largest professional association for registered social workers in the United Kingdom, wanted to undertake a review of their mentoring scheme to find out ways in which they could improve the mentoring service.

The BASW mentoring scheme was launched in 2011, following requests for support for newly qualified social workers (NQSW’s) with finding work and with settling into their first social work role.

BASW received feedback from some of the mentors and mentees on the scheme in 2017, the feedback received helped inform a decision for a wider review of the scheme to ascertain if there was still an appetite for a mentoring from members, also to review what other forms of mentoring support there is for social workers.

BASW are seeking the views of members in England about whether there is a need for a mentoring scheme managed by BASW, and if this is still needed what members would like from a mentoring programme, for example supporting more experienced social workers at various points of their career.

Chinara Enterprises was selected to undertake this review on behalf of BASW, and an essential aspect of this projects approach, was the holistic involvement of BASW throughout the project development and delivery, ensuring that BASW would be able to take ownership of any revised approach to the mentoring scheme, along with being able to continue to make use of any materials developed.

To ensure the mentoring review would provide clear results, it was important for Chinara Enterprises to establish with BASW the aim of this review.

The review sought to:

We used a mixture of research techniques, which helped with developing the recommendations.

The approach to the review included the following:

What was evident from this research and evaluation, was that if BASW wished to continue with a mentoring service, they needed to have a solid infrastructure around their service, so that their mentees and mentors could gain maximum benefit from their services and contribute towards enhancing the quality of social work practice.

Having consulted with representatives in BASW as well as feedback from the surveys, it was very clear that there was a strong desire for BASW to continue with a mentoring service.

The research undertaken, enabled Chinara Enterprises to draw several conclusions which helped to inform recommendations for a revised and improved service, which were:

The conclusions derived from this research, helped to provide BASW with transformative results for them to consider as part of developing a mentoring service.

This website uses cookies to improve your experience while you navigate through the website. Out of these cookies, the cookies that are categorized as necessary are stored on your browser as they are essential for the working of basic functionalities of the website. We also use third-party cookies that help us analyze and understand how you use this website. These cookies will be stored in your browser only with your consent. You also have the option to opt-out of these cookies. But opting out of some of these cookies may have an effect on your browsing experience.
Necessary Always Enabled
Necessary cookies are absolutely essential for the website to function properly. This category only includes cookies that ensures basic functionalities and security features of the website. These cookies do not store any personal information.
Non-necessary
Any cookies that may not be particularly necessary for the website to function and is used specifically to collect user personal data via analytics, ads, other embedded contents are termed as non-necessary cookies. It is mandatory to procure user consent prior to running these cookies on your website.
SAVE & ACCEPT
<div class="et_pb_with_border et_pb_section et_pb_section_0 et_pb_with_background et_section_regular" > <div class="et_pb_row et_pb_row_0"> <div class="et_pb_column et_pb_column_4_4 et_pb_column_0 et_pb_css_mix_blend_mode_passthrough et-last-child"> <div class="et_pb_module et_pb_text et_pb_text_0 et_pb_text_align_left et_pb_bg_layout_light"> <div class="et_pb_text_inner"><p>Welcome to your Liquid Personnel learner’s area! We are delighted to be able to provide this excellent resource as part of our ongoing commitment to supporting you with your continuous professional development (CPD).</p> <p>Liquid have partnered with Chinara Enterprises, who specialise in workforce development, coaching/mentoring and training, to develop this page.  It will be regularly refreshed with new content and learning opportunities.</p> <p>Through the learner’s area, you will have exclusive access to tools that will support you in your personal and professional development and help you to meet the requirements for continued registration with Social Work England.</p> <p>You will find a range of resources to support your training, including; webinars, e-learning courses, coaching/mentoring, access to Making Research Count courses at discounted rates, a dedicated resources area and more.</p> <p>For support or queries about this site and the content provided, please contact<span style="color: #0c71c3;"><strong> <a style="color: #0c71c3;" href="mailto:info@chinaraenterprises.com">info@chinaraenterprises.com</a>.</strong></span></p> <p>We hope you find the resources valuable and insightful and we wish you the best with your ongoing CPD.</p> <p>Kind Regards,</p> <p><strong><em>Stuart Ward</em></strong></p> <p>Managing Director, Liquid Personnel</p></div> </div> </div> </div> </div>

You have Successfully Subscribed!